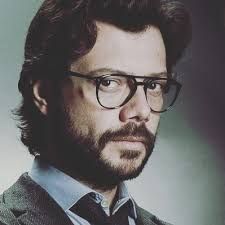 Knut Hansen. Knut was a norwegian farmer who loved traveling. He has brown medium long hear and a bedium long bired. He went to traveling due to the poor contidions his family was in back in Norway. The econemy was bad, and the crops had been really bad for many season. Knut was a kind and careing man, who loved his wife. He loved his farm life. Knut can also be agressive if someone hurts someone he loves. Before he went traveling, he didnt know how to speak English, but at the ship he sailed at, the priest on board taught him the how to speak the new language. Even though Knut can speak English, you can hear that he is for Scandinavia

He had a rough childhood, and was beaten alot. Often because he coverd up for what his brother did, so Knut could take all the blame. He was the brother who always stood up againt his dad if they didnt like what they did to them, and thats why he can be very agressive. His mother was always a loving woman, she always cared for her two sons. But she was never able to defend her sons against their wather.

Øyvind, the brother of Knut, once told him when they where younger, about norwegian fishermen hwo had heard stories about people who treveld to sea and found an special place, and all the mysteries he could find there. His wife, Kristine was with their first child at this time. This was the reason that made Knut decide to go on an adventure and try something new with his wife and expected child.

After days of planning, Knut and Kristine, took the car to the poort of Oslo (the capitol of Norway). They had gatherd all the money they had, and payed off the capatain to get on board with the ship "Maud". After three weeks at sea, Kristine had an accident. She slept on the wet wood at the deck, and hit her head really hard. Knut called for the doctor on the ship, and that carefully put her at the nursery room. After four days in coma, Krisitne died, along whith their unborn child. After standing buy her side for three days, he lost it when i got the bad news.

After beeing alone in his cabin, for 5 days, he decided to take his own life. He found some ropes and tied it ariud his neck. When he juped from the bed to hang, the wooden plank in the roof broke and Knut fell to the ground. He took this as a sign from God. That this was not the way he was ment to die. He talker alot with the priest onboard for the last two weeks of the voyage.

When Knut stepped on dry land for the first time in five weeks, did feel good. The grief of the death of his wife and unborn child, will always haunt him. After the conversatoins with the priest convinced him to move on with his life. He did find his contact, Michel at the port of a unknown land. With the little baggage he had, Knut went on a boat who was gonna take him to an Island. While driving the boat, he could se an huge island in the distance. But a huge storm made waves as huge as tall buildings, Knut was cast at sea. The next thing he remembers is waking up on a sandy shore.