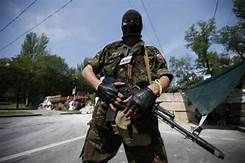 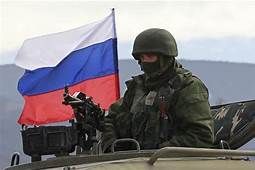 Ivan Cherkov was born in Glazov, Russia to a family of three in 1994. His childhood was one of a ordinary Russian child. He grew up with his two brothers, him being the middle child. Ivan's father and mother and Brother were big supporters of the Motherland and were patriots at heart so he was swayed into being a patriot at a very young age. Alongside his fellow countrymen Ivan was drafted into the Russian Armed Forces due to the Mandatory Military Service that he had to serve. Of course, being the patriot that he is, he obliged and enjoyed his time in the military with his brother Vadim when he was old enough to join. Sooner or later the Invasion of Crimea rolled around and this is where Ivan got his first taste of war with his brother. Ivan was a strong soldier fighting on the front-lines and partaking in glorious Russian victories. After the invasion of Crimea, due to the outbreak of the AVM-FLA-19 in 2019, Ivan was stationed at multiple posts, often without his brother Vadim. As a couple months turned into a year or so, the Kremlin had advised most divisions to reconstruct the Russian front. They had decided on spending January reconing the Nyheim area and eventually moving in February.