*The faint whirring of an A-10 is heard, grazing a trench in the hot desert sand of Afghanistan. Yelling is heard in the background, gun shots and explosions surround the remaining US Marines, sand kicking-up and covering a majority of them.*

"PUSH UP, KEEP MOVING, WE HAVE ONE OF US INJURED," a familiar voice is heard on David's left. Very dazed and vision-blurred, David lifts his head up off the sand for a second before setting it back down again. Staring up at the hot, blinding sun for a second before an M1 Abrams trucks heavily over a slight hill to his right loudly, David is rushed over to by a fellow Marine. Looking down, blood can be seen covering his uniform in a majority of spots. Squinting, David feels a hand press against his chest as he's laid back down again.

"Stop looking at your wounds, focus on me and me alone, keep awake and don't fall asleep, do you understand me?" Lance Corporal Ryans says to him.

*A loud winding noise is heard before a bright, white hospital light is shined on his face. David's eyes would squint, trying to focus his eyes on the light that now illuminates the entire upper-half of his body.*

"So where did you guys find him again?" An unknown voice says to another.

"Found him in Novy Sobor, he looked battered, bruised, and full of gunshot wounds. One of the medics found him with an incredibly weak pulse, but they managed to plug him into life-support and keep him alive all this time. To be honest, boss, we should pull the plug on him, I honestly don't think he's gonna wake up.. I mean, the guy's been out for how long now? Like half a year now? I'm surprised you guys have been so lenient with keeping him alive and taking care of him," he would say to the other man.

"He's important, I don't think you understand who this is, this guy.." David would suddenly open his eyes fully, attempting to process the environment around him before blacking out once more.

"Fuck! Get the doctor in here, NOW, go!" The man says to the other, rushing him out the door, the other attempting to check David's pulse.

One more final month passes, and David is awoken again. The heart-rate monitor has been unplugged, but the life support machine is still going strong, despite most of the power to the hospital being gone at this point. Turning to his right, IV's are plugged into his wrist, no longer pumping fluids into his now-weak body. Ripping them out, David throws the covers off, and a massive headache begins to wrap David uncomfortably. Stepping up from the bed, David almost falls over as he grabs the wall firmly, his vision still dazed from his deep sleep. The room looks very unfamiliar to him, yet, a comfort washes over him as he remembers the safety net this room provided him from his near-death experience.

Walking out into the hallway, papers scatter the floor as David notices a rifle slung around a chair, hanging firmly from the back of it. Gripping it tightly, David walks out to the houses surrounding the hospital. A deep fog has settled across the town, and a feeling of uneasiness washes over him, a feeling he hadn't felt since his service days. Stripping out of his hospital gown and into a plain gray t-shirt and some jeans, David begins to think about the current situation plaguing him. Remembering back to the moment he briefly awoke, he heard the man discussing a large chunk of time had passed since David's brutal attack.

"Fuck..," he would whisper out loud to himself, grabbing a backpack from the adult bedroom of the house, heading out the door into the unknown to explore what's changed since six-months have passed. 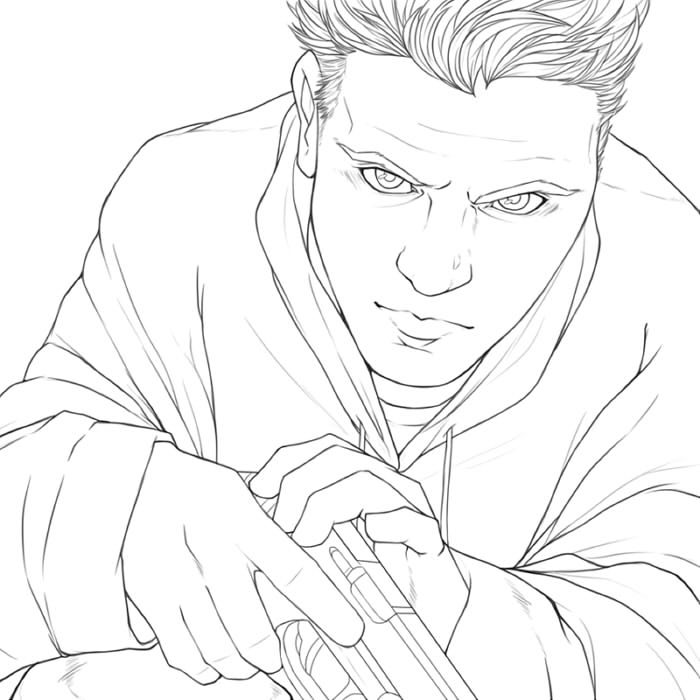