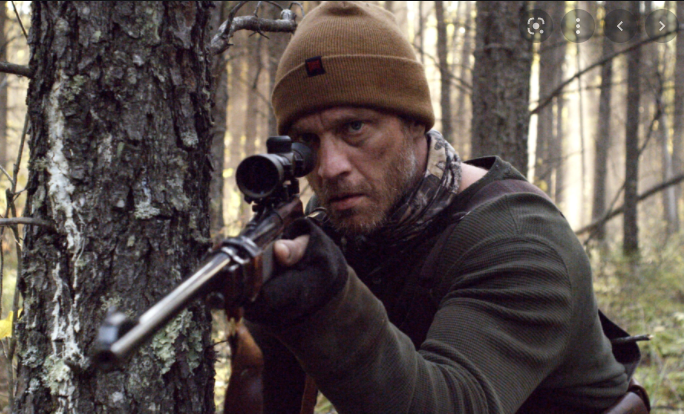 Nick worked with his brothers on their family ranch and learned to look after themselves since there was nobody else who would do it for them. The oldest , Jonathan, taught the other brothers survival skills such as first aid, cooking, and most importantly, hunting. Together the brothers continued to maintain the ranch and provide for the family throughout the outbreak until they gained the interest of the locals who intended to steal from the family who was well off compared to the other locals. The group walked into the ranch demanding any goods they owned. The oldest brother, Jonathan, attempted to diffuse the argument but instead the trespasser reached for his weapon and was swiftly shot down by the oldest. Nick and his brother stared as the lifeless body fell to the ground and the oldest brother sat there unfazed. Days passed and many failed attempts were made to steal from and harm the family but each was ended by the three brothers and their skills they had acquired from surviving on their own the prior years. Their actions quickly caught the interest of an eastern military group that had planned to attack and take over the homestead. The three brothers fought off the soldiers that came until their ammo rand dry and by then, the family was captured. The leader of the group had witnessed and respected the skills of the three and decided that they would make a fine addition to his own group and to break the spirits of the brothers and to deter any resistance; the leader executed the parents. Nick and Newton were stunned but looking over, Jonathans eyes were filled with raged. Nick knew that if he didn't do anything Jonathan would fight back in rage and he and the brothers would be killed so Nick calmed him down, assuring him they would have their revenge. The brothers were boarded onto an unknown aircraft and Jonathan started formulating a plan. As they were finalizing their plan, the plane caught turbulence and Nick and the brothers were knocked unconscious by cargo in the plane. Nick woke up amongst wreckage that was once the plane that held he and his brother captive with nothing but some medical supplies, rations and his rifle. He was alone with his thoughts and swore his revenge for what they had done to his family but first, he must reunite with his brothers and become acquainted to their new surroundings.