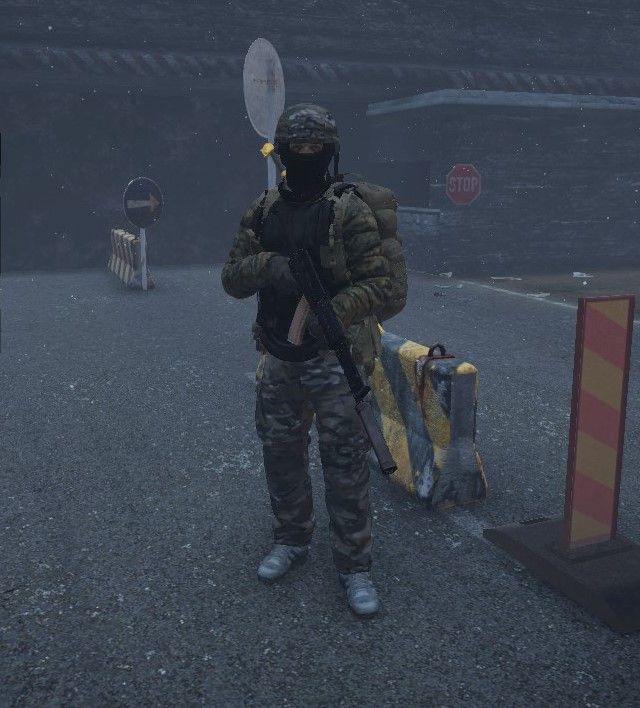 Willis was sent to Nyheim in a sub operation to Operation Black, after losing his unit and was stranded in the woods. After searching the woods for a town or something to help him survive, after days of looking he found a secondary marine squad doing a different OP, and he decided to help them and was hoping we would be able to link up with his main unit after the mission. But as they started the mission to extract a VIP to help in the effort to make a vaccine, the OP went downhill every day. First the VIP was killed and on their escape they lost their medic. The ship that was supporting them was never sent and they had to find a way to communicate with command. The last 2 were Willis and his team leader Sandman who got separated at an electronic store in the city. They took heavy fire from bandits and Sandman left his squamate after seeing Willis take a shot. Willis survived this shot and moved on. The following is Willis recounting what happened that day to his leader after finding him weeks later.

Where do I start?… ah I know, right where you left me for dead. After that round grazed my face I saw you just run away, you left me. Those bandits ran after you and thought I was dead I guess. I got out of there as fast as possible before they came back. Got as far from the city as I could. To be honest I didn’t even want to go and find you after that all I thought was that those men killed you and I didn’t care to find out. I was on my own living off the land for a while avoiding all human contact especially after what happened to Jackie the poor bastard. I wandered the woods for weeks hoping to find a place to hunker down then I saw the flare. I went to it and could see two figures but it was too dark to make out. I heard voices and recognized it was you, anger set in and yeah I had a right to punch you because you never turned around to find me, but it isn’t worth killing you I have a family to get back too. Who is this guy what is this really our backup…. One man? Or did you leave his team behind. Oh you're serious, well whatever I guess we’re back to three but after we get out of here I’ll make sure everyone knows what kind of man you are.

(A conversation between Willis and his fellow Marine Trevor “Sandman” Westbrook)

Willis was stranded after the USS Delbert D. Black was destroyed and his unit was killed. He and few of his fellow soldiers decided that staying together was their best hope for survival and that the worst that they knew was Russians and bandits on the island but most of the natives were natural to them and the Russians. They decided to make the best of the situation and survive and wait for help to come, and do what they can to stop the bandits from taking over the island.