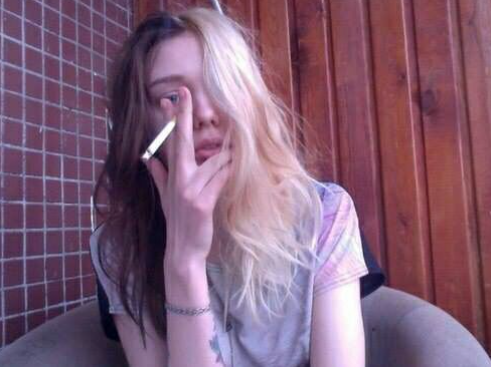 Irina Varanger was born on 2002/10/31 In the Norwegian town of Breidablikk. She was an only child. Her dad left the family upon her birth. Her mother was a prostitute and Irina was put up for adoption a few weeks after birth as she realized she wouldnt be able to care for her. Irina would be fostered by two people who also fostered a multiple of other children. Her life in their home wasnt the best but she had food and a roof. They seemed to be in it only for the monthly checks the government gave them.

Irina had been traveling by herself for a while after the outbreak and being separated from her parents during the PLIKT purge of those sick in the city. She had run into another young woman named Violet from somewhere in the United States. Together they were a solid team working to protect themselves and each other all while maintaining their lifestyle and co dependency on drugs and other substances. Irina was far more versed in the area they found themselves in and worked tirelessly to keep Violet in the loop as they scammed stole swindled and murdered there way through the Northern Finnmark region.

As Irina and Violet made camp one night they heard some rustling in the woods followed by a figure emerging from the shadows. The man approached and announced to them to not be alarmed and that he was simply a traveler there to pass through and ask if the two young women needed anything before he himself continued on. They were hesitant but let them man join them for dinner and eventually after many hours of talking and indulging in some of these concoctions the man had brought with him the Women against their better judgment allowed the overly friendly man to stay around their camp that night. In the morning the man was gone and had simply left his radio frequency and some surplus substances bundled together for the women to use or sell. They turned a quick profit on whatever these narcotics could have been and radio’d the mysterious man wanting to know more they continued their journey and met the man in the outskirts of Nyheim. There Irina and violet settled in nicely with more like minded people that jack had collected together. Irnina smirked and let out a sigh as she turned to Violet. This is home this is where we were meant to be like we have asked for so long stumbling lost in this land but whatever this is…its for us.  They ran some small time work on the outside of Nyheim before feeling comfortable together as a group and then they moved towards Nyheim City. This new family is all she had and she wouldn't have traded it for the world.