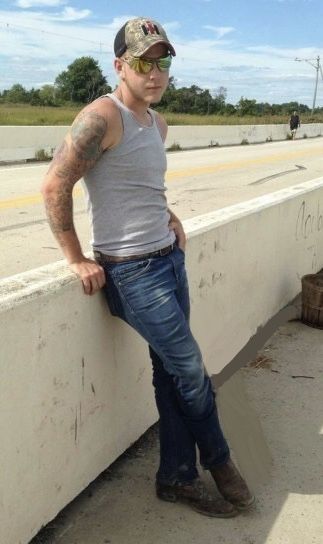 Born and Raised near Lexington Kentucky, USA Austin Yeller belonged to a typical large southern Family. He spent his early life like most kids, going for a ride on bikes with friends and his brothers, playing football, learning to drive, drinking and smoking, For Austin, School was never a good fit. The way the system works just isn't the way he learns. due to this his grades were less than ideal and work outside the family was hard to come by. The only job he ever worked longer than a week was stacking shelves in a store.

When the virus first hit, Austin didn't take it very seriously but after a a year had passed, he saw things weren't looking so good. When things started really going down hill his brother Bodean Yeller joined the military in an attempt to reach Norway, With things getting worse in the US and rumours starting to circulate that travel would soon be impossible, Austin helped to round up as much money and as many members of the family he could to travel to Norway so that Bedean wouldn't be alone.  The family sent a letter to Bodean to let him know they were on the way. Before any real progress could be made in reaching him, shit hit the fan and a lot of the Family was separated. Austin Trusts that they will begin to find each other again soon just as they always have in the past. but until then, he must keep himself fed and alive.

After some time, the Yeller family and some family friends started to find eachother in and around the City, the first Yeller Austin met was Bo, the oldest brother, they talked and laid out a plan to find the others and start a farm in the hills and since then more and more Yeller's started popping up, but Austin felt something was different about them, this situation had pushed them in to being  slightly more aggressive, not that he didn't understand this, Austin however was trying to be as peaceful as he could and saw this clash. but they were family and he loved them.

After the the Yeller's were robbed blind one night and their stockpile of food and tools were gone, the family decided to move to a different location, all of them left but Austin who instead decided a semi nomadic life was the best bet,  a life where he would keep everything he needs in his bag or on his back and as a result his contact with his family has become less frequent, Austin is unsure on his place in this world and in his family but he has faith that The Yeller's will stay good people.

Austin Has started to meet other people in these parts and though each meeting is tense, things seem to remain peaceful for now, However Austin is unsure if this is due to honeyed words or the rifle and shotgun he carries openly deterring all but the most desperate of people, He has seen violence beyond his imagination, bodies in piles and people hung and left to rot, the world and Humanity are quickly devolving in to something evil and Austin is not sure he can keep up with this change. The only things he is starting to feel are sadness, anxiety and a desire to cut everyone off and leave for the woods to live alone In peace.  but for now he will keep fighting to survive and to help his family.