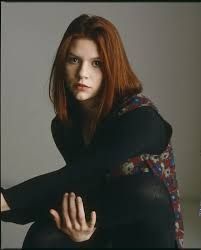 Born in rural Riverside California, Mia spent the early years of her life in relative peace, she lived with her expansive family, her parents and two brothers were always by her side. Her and her family were the first generation of Chechen immigrants into the country, leaving her parents with a hefty accent and her with a Californian drawl unlike the order generation. Her life was normal up until the age of four when the Chechen war got to its worst and showed no sign of slowing down. Her parents were neurosurgeons and psychiatrists, they could mend the wounds dealt to people's brains from the shockwaves of explosives, and treat their chronic ptsd. It wasn't long until the Russian government would take interest in them, they saw their efforts as immoral actions of war, and attempted repeatedly to have the camp closed down. The healing of Chechen soldiers that so often led ti them fighting on the field again was unacceptable. It wasn't long for her family to refuse, and be dealt with the consequences. When Mia and her brothers had been returning to the clinic they lived in, in the car with their mother they pulled into the vicinity only to be left with their mouths agape as the clinic was burning in an unholy inferno. Mias father was among the cinder, refusing to leave his patients to have them burnt, and so he joined them. Mias mother immediately made moves to escape through the Chechen border, to avoid having her and her children meet the same fate. She would make it to the border, and despite being a Chechen herself the soldiers were intent to make this helpless woman and her children their playthings. She would oblige the soldiers so long as her children could pass and escape into her family's care. But when she strode towards them they seemed to be keen on taking the kids too, she had a pistol stored in her back, she whipped it out as fast as she could and fired at the soldiers, only managing to buy her children some time for them to run as far as possible and find their relatives. When ushering her children, she was struck in the head by a bullet, killing her instantly. Mia would survive with her brothers and be returned back to the US, they were all shaken and scarred from the war, no psychiatrist could be like their mother, no neurosurgeon could fix the small invisible cracks in their psyche. Mia attempted to take charge of the house, as her grandparents fell ill and no longer could support them all. She attended Highschool years after the events in Chechnya, she would graduate to try to attend some college that would allow her to become a Biochemist. Something smilliar to her parents line of work but nothing that she could lose her life over, her second youngest brother would follow her into Highschool but ultimately drop out and attempt to make money some other way, whatever way possible to help his brother and sister survive. But the final blow was dealt when their youngest brother, only the age of thirteen was found hanging from a flag pole, unable to cope with the loss of his parents and the struggle his siblings were being put through. It was too much, she had to get away, after her brothers funeral her extended family got into contact with her once again, finally delivering the belongings they could find from her mother and father. All those years later she would take interest in the bible her mother always carried. The notes she had left in it were so insightful and reminded her of the sweet cadence of her voice when she spoke, she was enthralled. The words within it were powerful, powerful enough to make her see things in a different kind of way, maybe it was the mental cracks from war being mended or exacerbated. But she felt as though she needed to preach the findings of her mother to others and to try to usher in some peace through her own efforts. She traveled across the country to spread her word, but she wasn't dumb, a religious zealot speaking holy truths to those who did not wish would never cath any attention outside of awkward stares. But she embedded herself within communities in order to create deep bonds with others before trying to dissuade them to join her mode of thinking. This practice would carry on and on and on even through her college years, she had begun skipping and cheating to buy more time to preach. By the end of college she had graduated finally with a degree that would allow her to make money, and use it for a good cause. It would be somewhere in 2019 when she would travel to Chechnya once again to speak her truths to the people that had no only killed her mother, but had also been the reason her father and brother had died. But it all seemed fruitless, and so she moved from country to country hiring translators and interpreters alike to help exclaim her findings, eventually ending up somewhere in Finland. The mist that would pepper the countries she was in luckily was never spread deep into the forests, where she attempted to convince village workers and those of the lower classes to join her, this would save her life, maybe that was the hand of God that spared her.