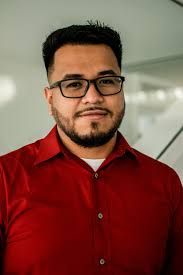 Rip was born in south cali to a mother of american nature with no record of his father, Life early in was hard with no father so naturally life turned to crime. He aligned himself with the local bloods on the west coast and begin his life of crime, but was not respected due to his “Dirty Blood” so had to earn his way along the ranks. Life with the bloods came to an end when the rival cartel killed his mother in a blood spite. Rip was angered and infiltrated the cartel and disguised as a member to get close to the man that killed him mother, he found them and tortured him with the method of “The Stew” lighting him on fire in a 55 gallon drum, this act ignited a fire within side of him to torture people, as he made his escape from Mexico to New Orleans the cartel followed and the virus broke out among the states and Rip was forced onto a plane to Norway, but the cartel do not forgive and forget so they followed on the plane and once  he landed they attacked and a local traveler with a red plaid saved him he didn’t catch his name although…. Traveler spoke of a local settlement named Nyheim. His fire ignited again to torture more and to cause evil mischief…..