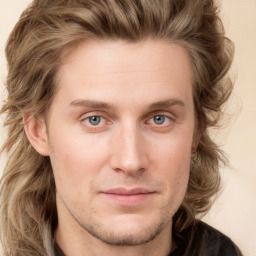 My name is Daniel. I had a father and a brother before the outbreak. I had a boring life. I had part-time work. I had a girlfriend, but she died during the outbreak. We were together at the time it happened. We wanted to go to us but on the way, she got killed by panicked driver. I loved the life I was living, but there is nothing left of it now... I had lot of friend. But most of them died or got away after the outbreak and never saw them again. My family died in front of my eyes. I was stunned, but I had to recover quickly. Nothing pushed me forward, but I went forward. Later on I met one of my friend Jani but he died soon because of saving me from a zombie horde. I was depressed and yet I kept on going. I found a refugee camp at the border of my village. I was there for 1 month. It was attacked by a very big zombie horde. The camp destroyed and had to go forward. After that I got away. I was about to suicide but I met with one of my closest friend Thomas Caveiro who values me as his right-hand man, and later on as a brother figure. And we move forward together from now on. Later he invited me to his group to the Harbingers Of Anarchy. We moved to Norway to start a new life.