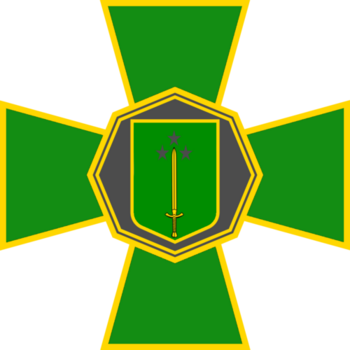 Host do domu, hůl do ruky.

If a guest comes to your home, grab a stick.

Growing up in the busy business area of Kirovograd, Karel was no doubt a rich kid at birth. His parents were well off, but disconnected from the child when it came to emotional attachment. Being educated to a high degree, even being forwarded onto a boys-only private school in the Miroslav region Karel was ignorant to the true hardships of life and at times, very aristocratic and snobby to those who hadn't had as decent of an upbringing as him. During his time in the private-school system he was educated in a patriotic manner, reading works that praise the Chernarussian government, and more specifically Chernarussian blood and people. At a young age, he banded with younger students within the school to prey upon younger, Russian students in the system - often the school prefix's would turn a blind eye. Thanks to the schooling system, lack of parent image and peer pressure from fellow students, Karel became a staunch nationalist, but not a nationalist in terms that his country is the greatest - he became a nationalist on the basis that Chernarussian blood is what puts himself and his countrymen above those that are not.

Karel was by no means a tough guy, oven relying on his comrades to be the muscle. Although he was smart, often planning PR campaigns and or tactical maneuvers against counter protesters, and specifically the rising "Working Man's Alliance" which was based in Solnichniy originally. Karel dedicated himself to the NAPA party, and other Right-Wing organisations as more of a logistical and political role. The party funded his move to South Zagoria in an attempt to counter Lopetev and his Working Mens Alliance, at first things went well until the movement grew into the Chernarussian Movement of the Red Star, also known as Chedaki.

In 2009, Karel attempted to flee to the western region of South Zagoria, but was captured by the Chedaki forces based in Chernogorsk. The thugs of the Chedaki did not know of Karels alignment and decided to keep him detained with the rest of the civilians rather than put against a tree and shot. Upon the death of the Chernarussian prime-minister in Chernogorsk, Karel and other civilian prisoners were transported out of the city towards Vybor to avoid the inevitable attack by NATO, and the US. On the trip up north, the Chedaki column that was transporting the prisoners and Chedaki units was strafed by NATO airforce, killing civilians and Chedaki alike. It wasn't until after the Civil War, he heard his parents had been executed by the local Chedaki movement in the area. Karel made it out alive, and fled to Vyshnoye where he lived out the rest of the Civil War.

After the Civil War ended, Karel took it upon himself to become a writer for "Nation Today" A staunchly nationalist newspaper where he often wrote collums that were extremely anti-foreigner and or anti-US due to his experiences in life. It wasn't until the infection that Karel took up arms for the first time in another band of nationalists.