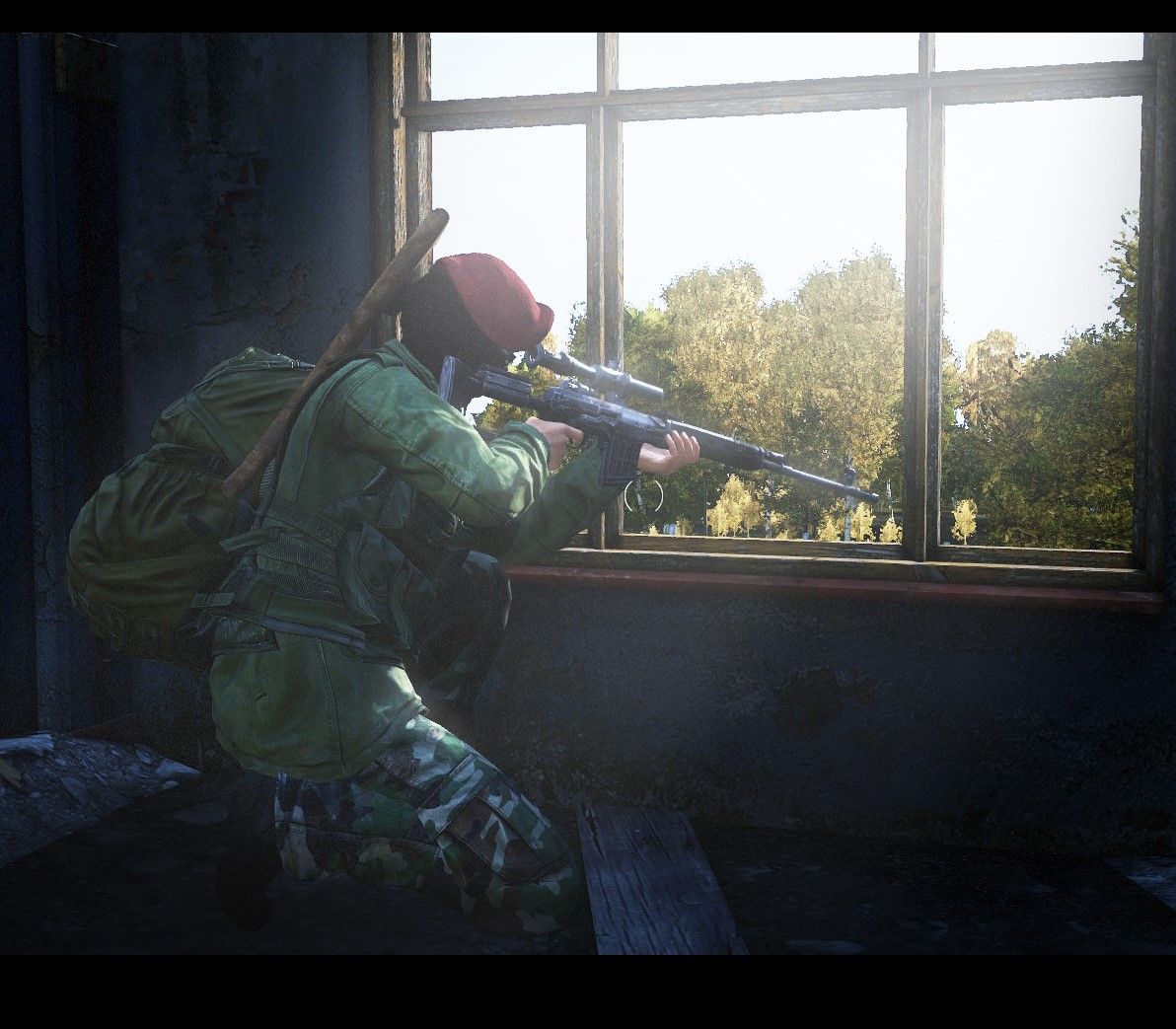 Johny, better known as S1erra, has serverd as a sniper for the Dutch marines for years. seen most of the world in all it's glory and in it's worst times. He started out as a marine, but after a while he got the chanche to work op to the special forces. His record grew over the times as he became one of the deadliest snipers in the force. but all of his glory days anded when the appocolypse errupted. Now after the appocolypse, he's not able to adjust to the civillian life and is looking for a way to get back to his former job as a sniper.