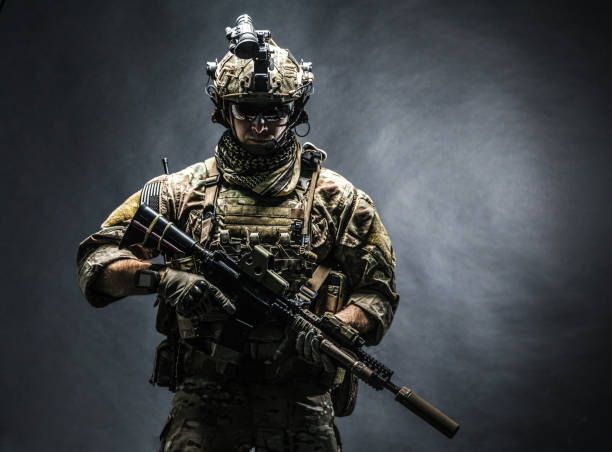 He's impulsive, conceited and self-reliant. This is to be expected from somebody with his tormented past.

He was born and grew up in an average family in an average capital, he lived free of trouble until he was about 17 years old, but at that point life changed drastically when he enlisted into the Military.

He served in the Army for many years until one day his luck ran out. Him and his brothers were blown up and barely escaped alive but could no longer serve. A few years later he lost his brothers in an epidemic and was forsaken by all. With a new found friend he had to survive in a harsh world. But with his cunning and talents, he managed to conquer all fears and doubts and reach full potential. This has turned him into the man he is today.

Powerless to change the past, he now works on meeting new, kind people. Helping those people any by any means possible, and cleansing the world of the bad. By doing so, he hopes to shed the memories of the past and finally find tranquility he has never had, and to help others find peace.

At the start of the AVM-FLA-19 outbreak, Mike and a few of his old battle buddies were dragged back into the US Military due to his advanced weapons and tactics training. They was assigned to 1st Squadron, 2d Cavalry Regiment. Mike and his buddies decided to desert from the unit due to the lack of leadership. They now roam what is left of Nyheim to provide much needed assistance to whoever needs it.